Skip to content
Tue. Jan 21st, 2020
(CNN)It’s been more than 30 years since Kate Smith died, but the singer is at the center of a recent controversy about racist lyrics.
Last week, the NHL’s Philadelphia Flyers announced they would stop playing her famous rendition of “God Bless America” during games and would cover up her statue outside the team’s arena. The organization said it had discovered some of her songs contained racist lyrics and sentiments that were “incompatible” with their values.
The MLB’s New York Yankees said they pulled Smith’s iconic version of “God Bless America” on April 1. The Yankees said the song had been a fixture at their games since 9/11. Smith’s rendition has been replaced with other versions.
Here’s what you should know about Smith.

Smith started out her career in Broadway musicals, but she’s better known as the “first lady of radio.”
Smith made her radio debut in 1931 after she met Ted Collins, an executive at Columbia Records. She soon became a fixture on radios across the country, both because of her singing and because of her popular weekday show where she offered advice on various topics.
In 1933, Smith starred in the film “Hello, Everybody!” in which she sang the song “Pickaninny Heaven.” The song asks “colored children” living in an orphanage to dream about a magical place of “great big watermelons.
The racist stereotypes employed in that song are part of the reason Smith is back in the spotlight. 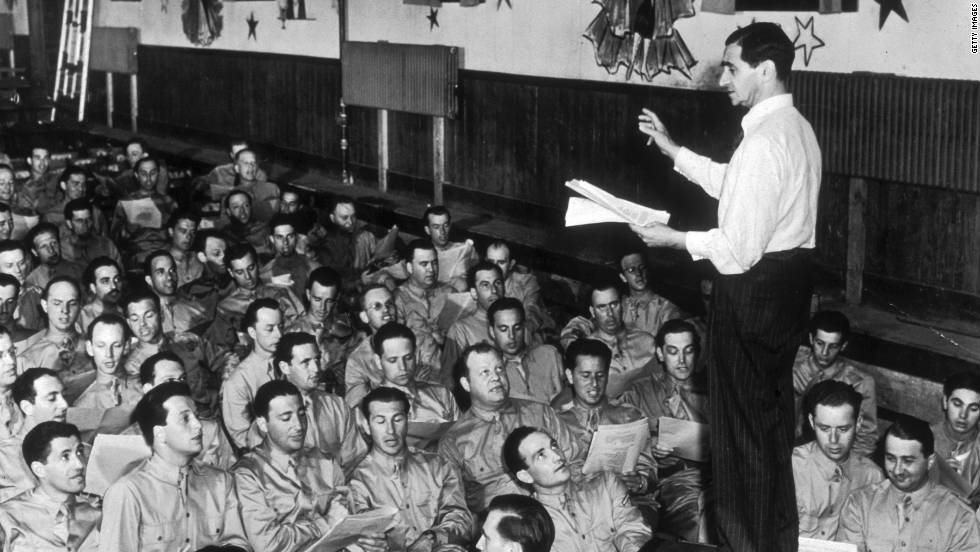 Composer Irving Berlin leads a group of servicemen at Camp Upton in Long Island, New York, in 1942. Berlin wrote “God Bless America.”
Smith is best known for introducing the country to the song “God Bless America.”
In 1938, Smith was searching for a song to sing on her CBS radio program to commemorate the 20th anniversary of Armistice Day, journalist Bob Greene wrote in an opinion piece for CNN. She asked composer Irving Berlin if he had anything, and Berlin went to work on “God Bless America” — a song he had begun years earlier but hadn’t finished.
Once Smith sang the tune on the radio, it quickly became known as her song. World War II began soon after, and as patriotism in the United States surged, so did fervor for “God Bless America.” Her performances of the song helped sell hundreds of millions of dollars worth of war bonds.
Smith made over 2,000 recordings, 19 of which sold over a million copies, according to the Radio Hall of Fame.
According to Greene, Berlin arranged for royalties from “God Bless America” to benefit Boy Scout and Girl Scout programs in impoverished and disadvantaged areas.

Others covered one of her controversial songs

Another song that has raised eyebrows in recent weeks is Smith’s 1931 rendition of “That’s Why Darkies Were Born,” written by Ray Henderson and Lew Brown. The song was also covered by African-American singer and activist Paul Robeson.
Some people have said the song was originally considered satire. But today, those lyrics read much differently:
“Someone had to pick the cotton,
Someone had to plant the corn,
Someone had to slave and be able to sing,
That’s why darkies were born”
The Yankees said in a statement that they had been made aware of a recording previously unknown to them and that they were investigating further.
“The Yankees take social, racial and cultural insensitivities very seriously,” the statement read. “And while no final conclusions have been made, we are erring on the side of sensitivity.”

Her family has responded to the recent backlash 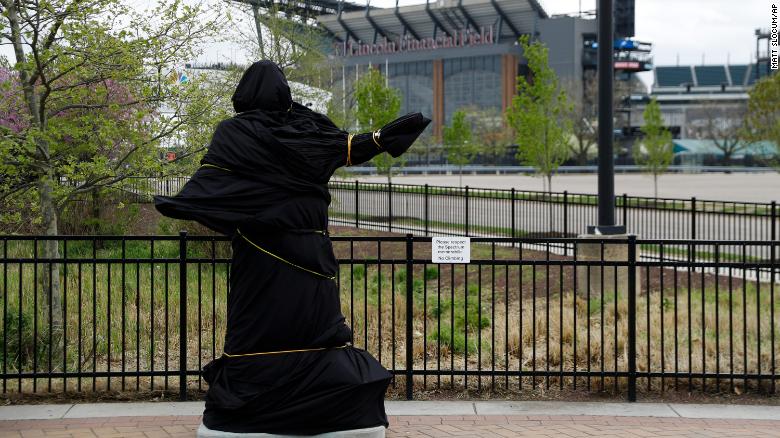 A covered statue of singer Kate Smith is seen near the Wells Fargo Center on April 19 in Philadelphia.
Smith’s family is not pleased that teams have stopped playing her version of “God Bless America” or that the Flyers covered up her statue.
“I’m appalled,” Smith’s niece Suzy Andron told CNN affiliate CBS Philly.
“Aunt Katherine was probably one of the kindest people I’ve ever met,” she added. “She was certainly anything but a prejudiced person. She loved everybody.”
Andron insisted that neither Smith nor her songs were racist, and that the Flyers’ decision was unfair given the singer’s history with the team. Smith’s performances of “God Bless America” before Flyers games in the 1970s were considered a good luck charm. A year after she died in 1986, the team erected a statue in her honor outside its arena.